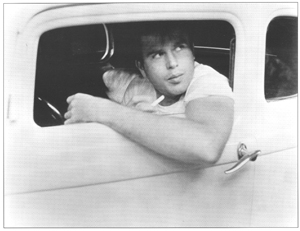 Things That Happen to Your Mind When You Read

…from the astute folks at OEDB-Open Education Database Education then, beyond all other devices of human origin, is the great equalizer of the conditions of men, the balance-wheel of the social machinery. Horace Mann

I saw this quote in an online post from my classmate, Jill…thanks, Jill! I saw a commercial recently that symbolizes the participatory nature of social media communities. I sourced the commercial and created this video using the Metta.io interface:

“We shouldn’t be afraid of technology, if what technology is doing is building a human relationship” ~Martha Buell, human development and family studies professor In their book Boundaries when to say yes when to say no to take control of your life, Drs. Henry Cloud and John Townsend (1992) define friendship as “a non romantic relationship that is attachment-based rather than function-based,” such as work, neighborhoods, class teams, or ministry (p. 137).

They describe four types of boundary relationships among Friends:

Which relationship is exhibited in the following scenario? We often think of boundaries as keeping people, things, non-essential priorities out.  There’s truth here.  Today, I’d suggest also thinking of these same fences as keeping YOU in.

We are rescuers at times.

But there’s only so much we can do in some of our relationships.  There will be times where our power to reason, talk or share with, persuade, or even encourage another person will be limited. Sometimes this means letting things rest with our friends and sometimes it means gently confronting them. There is only so much we can do…

We will encounter frustration at our inability to change a person, or influence them to change their situation.

This is exactly as it should be.  We’re not God…or Sheldon Cooper. Cloud, H., & Townsend, J. (1992). Boundaries when to say yes when to say no to take control of your life. Grand Rapids: Zondervan.

Disclaimer: This post is one component of eight presentations referencing Cloud and Townsend’s book. All presentations may be viewed at the following link. This post is part of course requirements for Dr. Farzin Madjidi, EDLT724.20, Ethics and Personal Leadership.

Getting Ready for NaNoWriMo

NaNoWriMo is the shortcut acronym for National Novel Writing Month http://www.nanowrimo.org/
NaNoWriMo begins November 1 and proceeds through the month. (Time to etch it into your lesson plans)
The NaNoWriMo is to write 50,000 words in one month.

At NaNoWriMo you can:

Psst! (and so can your students).

See this 2012 post by Katie Taylor for a great explanation of the whole process from a writer’s point of view.

This is such a great idea and a great PBL project for your students. There is even an app to make the whole process i-friendly.

Invite Calvin and Hobbes for the weekend

Go Comics has the complete Calvin and Hobbes archive. Read the comic strip online this weekend (and for everyday thereafter) Read the strip online or download the mobile app. There’s a C&H documentary premiering on November 15. On New Year’s Eve, 1995 artist Bill Watterson decided to end the beloved Calvin and Hobbes comic strip he created. He avoided licensing his creations to toy makers or movie makers.

The third “WebTeachinar” installment is entitled, “Maintaining a Robust PLN (even when you do not have time for breakfast)” and will be held Wednesday, October 30 at 9:00 a.m. EST. The one-hour interactive event will be presented by Greg Limperis, CEO of TechinEDU.com.

There is no cost to attend the online session and participants need only a web-enabled device to join.

“I want to help busy professionals streamline the time and effort needed to maintain and grow the relationships that matter,” says Limperis. “It can be much less complicated and resource draining than you think. I hope to sift through the ‘connection chaos’ and show participants what it takes to get it done right.”

“The internet offers us infinite opportunities to connect like never before,” says JW Ray, CEO of WebTeach.com. TechinEDU and WebTeach.com share the common goal of streamlining the process education professionals must undertake to efficiently share knowledge using the best tools on the planet.”

The event is sponsored by OtterBox. They are providing three smart phone cases that will be given away during the presentation. Lisa Flint, Business Development Specialist at OtterBox, will also be assisting with the presentation.