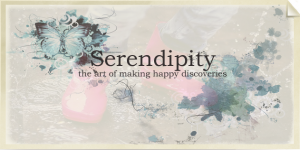 One Response to Happy Birthday Serendipity