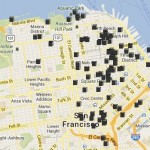 One Response to A site that knows its Place~Placing Literature