From The Writer’s Almanac by Garrison Keillor: It’s the birthday of Maria Montessori, born on this day in Chiaravalle, Italy (1870). When she was 13 years old she was the only girl student studying engineering. She then studied medicine became the first Italian to earn a medical degree. Keillor writes, “It was so unheard of for a woman to go to medical school that she had to get the approval of the pope in order to study there.”

In her practice, she worked with children with special needs. This experience became her calling and she espoused that children were not “blank slates” but gifted in individual ways.  Keillor explains Montessori’s belief, “It was a teacher’s job to help children find these gifts, rather than dictating what a child should know. She emphasized independence, self-directed learning, and learning from peers. Children were encouraged to make decisions. She was the first educator to use child-sized tables and chairs in the classroom.” In 1912, her book,The Montessori Method (1912) was published. It emphasis on teaching reading via phonics is still considered a major treatise in educational theory and practice.

Montessori opposed Mussolini’s fascism during World War II. In exile from Italy,  she lived and worked in India and Holland. She died in 1952 at the age of 81.

Here is my favorite quote from Maria Montessori: 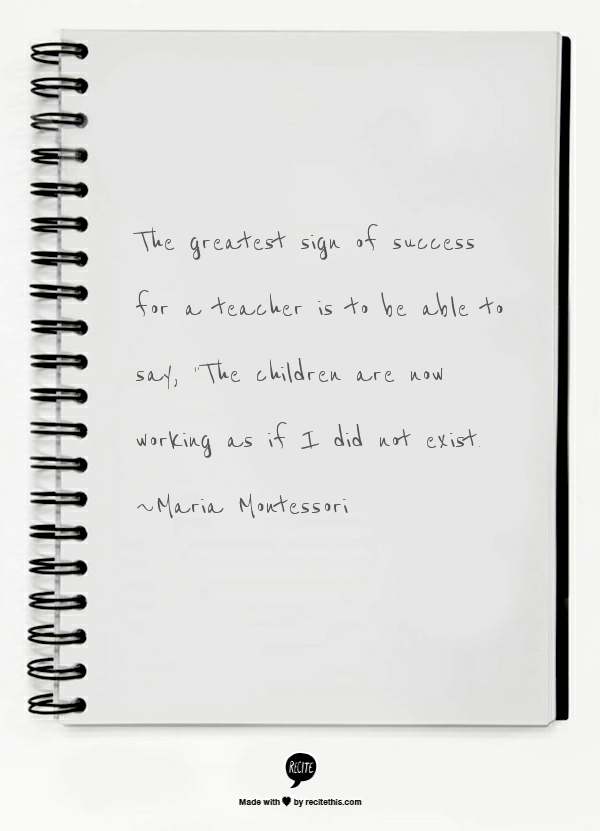