Growing strong readers involves providing real text and authentic literary passages for students. It is also important to read along with students and to model active reading for them.

Check out our newest collection of K – 12th grade literary passages from ReadWorks, each with a question set based on evidence in the text.

…Learning is not merely the acquisition of knowledge. It is the becoming of a person who inhabits the landscape with an identity whose dynamic construction reflects our trajectory through that landscape. This journey within and across practices shapes who we are.” ~ Etienne Wenger-Trayner, et al

W Daher – International Journal of Mathematical Education in …, 2015
… In addition, Kaiser and Sriraman add the cognitive modelling as ‘meta-perspective’
which can be combined with each of the previous types. In this research, we study
seventh-grade students’ work in model eliciting activities. …

[PDF] Realistic Model–Eliciting Activities Based on IBSE. An Experience to Repeat

…And the great majority…

Who don’t even know what is happening.

Butler, N. M. (1904). The meaning of education: and other essays and addresses. Macmillan.

“I received your letter of this date containing the terms of the surrender of the Army of Northern Virginia as proposed by you. As they are substantially the same as those expressed in your letter of the 8th inst., they are accepted.”

With those words, on April 9th, 150 years ago, General Robert E. Lee surrendered the Army of Northern Virginia. His surrender brought an end officially to the American Civil War. Over 75,000 had died in the struggle. There are many resources-famous battles and famous people, to fictional accounts and scholarly works- to commemorate this historic anniversary.

Device agnostic approach and Other Trends in Mobile Learning

Watch Out For These Trends in Mobile Learning: 2015 And Beyond | Origin Learning – A Learning Solutions Blog

“You’ll never change your life until you change something you do daily.
The secret of your success is found in your daily routine.”
~John Maxwell 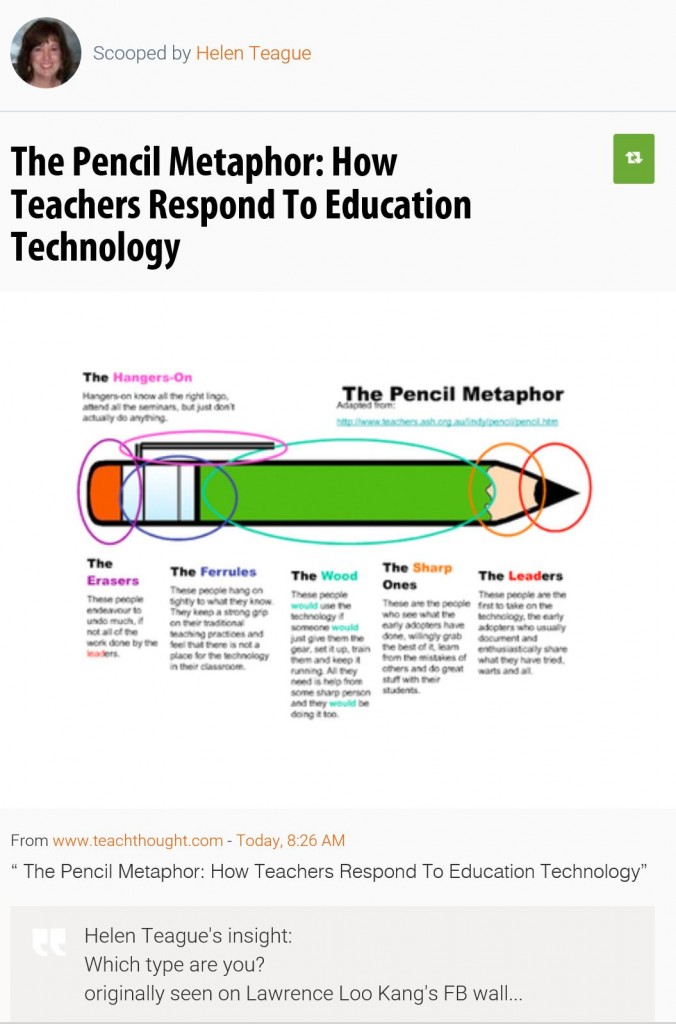 Which one are you?

Our friends at ReadWorks sent a reminder that April is National Poetry Month. Inspire a love of poetry and improve your students’ reading comprehension with our collection of poems at different levels for K – 12th grade.

Each poem, or pair of poems, comes with an evidence-based question set that can help move your students to comprehension. Like all ReadWorks curriculum, they are based on the highest-quality research on reading comprehension.

Please consider moving within all grade area specifications—don’t feel confined to stay just within your grade area. ReadWorks has chosen so many great poems that transcend grades and ages.

Have fun with poetry! 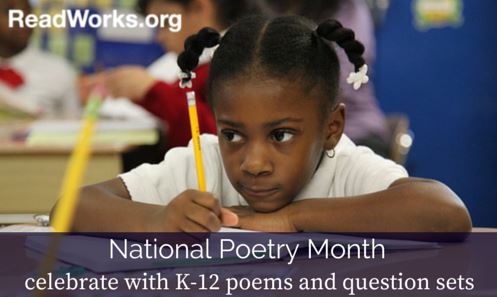