Words with Friends Transferred to the Classroom

Words With Friends Reimagined for Classrooms — THE Journal

Many teachers are puzzled with the encouragement, directive, mandate to bring “student-led” activities to their classroom. Many are equally wary of relinquishing control when migrating from “safe on the stage” to “guide on the side.”

Socratic questioning is one way to adapt to both of these instructional shifts.

This infographic provides a great visual for teachers and students to implement the Socratic method of questioning. It includes 6 sections with sample questions that might be asked:

6. Questions on the Question

Literacy-rich environments, as endorsed by the International Reading Association, have a significant impact on what goes on in the classroom and set the stage for interactions with a wide variety of genres. In the past several years, I’ve supported many teachers and administrators as they work toward creating literacy-rich classrooms across schools and districts that allow for increased interaction with print and literacy learning for students…

Elements of a literacy-rich environment include, but are not limited to:

Read more at this link: http://www.learningunlimitedllc.com/2013/01/literacy-rich-environments-support-the-common-core-infographic/ 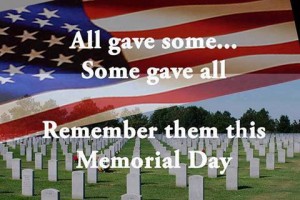 My dad is a World War 2 veteran and on this day we pause as a family to remember those who have died in the service of our country, those who have served and come home, those who continue to serve and the families of all of these.

I hope you are able to do the same.

Perhaps, tomorrow, you might ask your students to write about the qualities that make ordinary men and women heroic.

This Day in History, May 14: Departure Day for Lewis and Clark

Here is an example of using historical data to teach to the Common Core Skills.

This excerpt is from Garrison Keillor’s The Writer’s Almanac for May 14, 2013. Numbers will appear beside every curricular juncture indicating a classroom infusion activity. All number are listed at the bottom of the excerpt.

It was on this day in 1804 that Lewis and Clark departed on their journey. Even though this was the official start date of the trip, it had taken years of preparation. (1)

Thomas Jefferson had been trying to send explorers to the American West for years. Back in 1785, when he was the Ambassador to France, Jefferson met a man named Ledyard. (2)  who had been born in Connecticut, wandered all over the East Coast, sailed with Captain Cook in the South Pacific, and ended up in Paris. Jefferson wanted to send Ledyard to explore out West, and they worked out an intricate plan for him to get to the West Coast via Russia. But the trip was a disaster — Ledyard walked 1,200 miles through Scandinavia and the Artic Circle, and managed to travel through most of Russia before an angry Catherine the Great had him captured and deported, so he took off for Africa, where he soon died. A few years later, in 1793, Jefferson was secretary of state, and he decided to try again. He organized an expedition under the charge of a French botanist and explorer named André Michaux, who wanted to travel from the Missouri River all the way to the Pacific. Eighteen-year-old Meriwether Lewis asked Thomas Jefferson to let him join Michaux’s expedition, but Jefferson said no. (3, 4) Unfortunately, the new French Minister to America, Edmond-Charles Genet, was scheming to increase hostilities between America and Spain, and Michaux ended up involved in the plot, and the expedition fell apart.

The third time around, Jefferson planned even more carefully. (5) He had now known Meriwether Lewis for years, and Lewis was his trusted private secretary, so Jefferson suggested that Lewis lead the trip. In January of 1803, Jefferson sent a secret letter to Congress to ask if they would fund an expedition — at a cost of $2,500. (6) They agreed, and Jefferson sent Lewis to learn the skills he would need from the best teachers — he studied surveying and mapmaking, botany, mathematics, anatomy, fossils, and medicine, each with an esteemed scholar. For his co-leader, Lewis chose William Clark, his former commanding officer in the army.

Lewis and Clark spent the winter before they departed near St. Louis at Camp Dubois, on the Mississippi River. (7) They gathered supplies, recruited more people, and in the final days, packed the boats. They had a long supply list, which included 25 hatchets, 10.5 pounds of fishing hooks and fishing lines, 12 pounds of soap, three bushels of salt, 45 flannel shirts, 15 pairs of wool overalls, 176 pounds of gunpowder, 130 rolls of tobacco and 4,600 sewing needles (the tobacco and needles were gifts for Native people they would encounter), a microscope, a telescope, two sextants, 15 .54-caliber rifles, and 50 dozen Dr. Rush’s patented “Rush’s Thunderclapper” pills — a laxative whose two main ingredients were mercury and jalapeños. (8, 9, 10) They fit all this and much more into three boats: one was a 55-foot Keelboat, a riverboat (11) that could be sailed, rowed, or poled; and two were pirogues, smaller flat-bottomed boats that were similar to big canoes, one painted red and one white.

1.) Freewrite: Students freewrite on “A Time When You Made a Plan and Pursued It”
2.) Sequence of Events-Begin a timeline for the dates leading up to the exhibition.
3.) Historical Research/Biography
4.) Writing from a style guide (writing numbers in a sentence)
5.) Freewrite, Citing historical evidence: Students freewrite on “Mistakes are part of every effective plan”
6.) Short research: Research what $2500 would buy in today’s currency. What would an exhibition of this magnitude cost today?
7.) Geography: Plot locations on a map/Google Earth
8.) Technology: organizing items effectively in a list/Excel.
9.) Reading for Context Clues/Analyzing/Critical Thinking: Analyze the supply list. Determine the reasoning for the type and number of amounts included. For example: Why was there more gunpowder packed than food items? Why were tobacco and needles packed? Why were they considered gifts?
10.) Reading for Context Clues/Predicting/Research: What were “Rush’s Thunderclapper” pills? Why were mercury and jalapenos used in them? Would either ingredient be used today? What other home remedies were popular during the 1800’s?
11.) Short Research: Search for more information on Riverboats? Why were they used by Lewis and Clark? Are they still in use today?

What other activities would you include?

For many years, mathematics was thought of and taught as a series of isolated topics. Students in elementary and middle grades learned number concepts and skills, geometry concepts, and measurement skills. A growing sense of “I’m not good in math” accompanied these isolated content forays. There was little discussion of the relationship among these topics, and little, if any, discussion of connections to the world outside the classroom. Ten Marks Math provides connection points for students and ease of lesson planning for teachers.

Teachers may sign-up for a free account through the end of the school year. Ten Marks Math has two exceptionally appealing time-saving features that I like:

1. Save Time — Assigning Work: The entire assignment process  is condensed to 30 seconds. Pick a chapter and topic(s). Each student gets a slightly different assignment.

2. Save Time — Re-Explaining to Students: Hints and video lessons help students refresh what they know, and learn what they don’t at their own pace. Results display for teachers.

Ten Marks Math layered concept approach adheres seamlessly to the Common Core Standards. The Common Core State Standards for Mathematics represent a connected set of expectations for student knowledge and skills that will lead to successful placement in college and careers.

Teague Note: I received no compensation or incentive to name Ten Marks Math a Tech BFF.

Looking to integrate the Common Core State Standards into your teaching this year? Let PBS LearningMedia support your efforts. Start with these featured resources, then sign up for full access – anytime, anywhere:

Different Kind of Fuel, Grades 6-12 Use the specialized vocabulary presented in this video clip to help your students build proficiency while learning about the massive energy source that is the sun.

What’s the Author’s Purpose? Animal Shelter , Grades 3-8 This lesson plan explores the role of animal shelters. Use the video clips and informational text with your students to explore the impact of words and the writer’s point of view.

Analyzing Information – Can Pigs be Pets? Grades 3-12 Invite your students to compare and contrast their own points of view with those presented in the video. What are the pros and cons of having pigs as pets?

Garden Spiders, Grades 3-6 Introduce you class to six varieties of spiders in a busy garden ecosystem. Ask each student to take brief notes and evaluate the information.

Facing It, by Yusef Komunyakaa, Grades 7-12 This veteran and contemporary poet shares his poem about the Vietnam Memorial. Ask your students to analyze the style and purpose of the text. What makes it powerful?

An Egg is Quiet, Grades PreK-1 Use this illustrated story to practice text comprehension with your students – as well as encourage their language and vocabulary development.

My online graduate students find the “close reading of text” one of the most daunting of the Common Core initiatives. I have begun a small series about Summarization and Close Reading of Text.

Achieve the Core has dynamic reading samples and exemplar texts for Grade 3 and Grades 6-12. Wonderful examples ready for your review and implementation.

Yesterday, I wrote about Summarization and Close Reading of Text.

If you are ready to go beyond summarization, check out this excellent post by Althea Suber on Writing Prompts that ask students to consider their reading practice.

Common Core and Complex Texts: 3 Tips for Finding Them

What are the “complex texts” mentioned in the Common Core?

In the School Library Journal/The Digital Shift blog Library Counselor Christopher Harris shares three tips for finding those texts quickly, including starting with known sources, rather than with a general search, and exploring online course materials to see what resources experts are using.

Especially important is Harris’ suggestion to begin with known sources. Too many times, students (and educators) begin with a Google search and are immediately overwhelmed by the vast number of items returned from their search. They often are also sent in red herring type directions that distill emphasis away from the topic. Targetted searching, beginning with trusted sources and academic content is the most scholarly approach. This approach also meets the Common Core emphasis on close reading of texts. In my work with teachers, close reading of texts has created the most confusion and questions of how to implement.

Equally important for students is a research process I encourage called 4-to-1. Breaking this down, for every four digital sources a student cites, a corresponding one hardcopy book, magazine, newspaper source needs to be researched and included. Of course, the numbers themselves are arbitrary; it is the process of including multiple sources in research that is necessary.

Harris encourages other librarians to enrich others by sharing their tips. What would you include>