“As I see it, code literacy is a requirement for participation in a digital world. When we acquired language, we didn’t just learn how to listen, but also how to speak. When we acquired text, we didn’t just learn how to read, but also how to write. Now that we have computers, we are learning to use them but not how to program them. When we are not code literate, we must accept the devices and software we use with whatever limitations and agendas their creators have built into them – Douglas Rushkoff, Digital Literacy Advocate – Codecademy

Leave a comment suggesting some of your “Go-To” resources to teach coding! 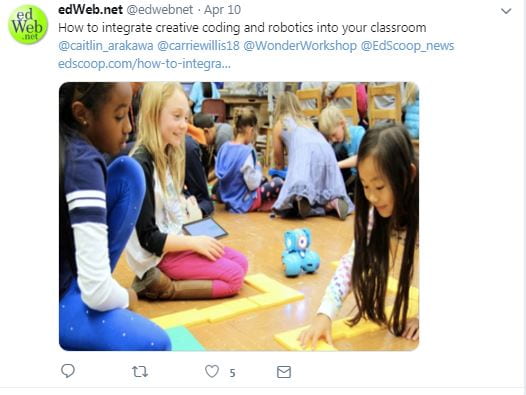 Here is a “Thank-A-Coder” post to include STEM in everyday classroom instruction and observation.

The Zimmermann telegram, sent from the German foreign minister Arthur Zimmermann to the German ambassador in Mexico. The telegram, written completely in code, urged Mexico to become a German ally and fight against the Allies in World War I.  In return for becoming a German ally and attacking the United States, Arthur Zimmermann promised to cede the US states of Texas, Arizona and New Mexico to Mexico, along with large some of money, as a prize after the war.

The codes used by the Germans were “exquisitely complex, so much so that the Germans assumed they could never be cracked.” Working at Bletchley Park, Nigel de Grey had to be hacked by hand since no computer existed (yet) to crack such complicated codes. The decoding of the Zimmermann telegram greatly influenced American President Woodrow Wilson to reverse America’s previously neutral status during World War I and enter the war, thus ensuring victory for the Allies. 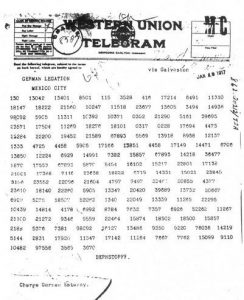 Nigel de Grey’s brilliant code hacking helped him to be known as “the greatest hacker of the first World War.”

What is The Zimmerman Telegram and how did it lead to America joining the allies in World War One?