Formal Learning via The Aging Simulation What do these things in the picture have in common?

The objectives of The Aging Simulation are 3-fold:

1. Differentiating between social myths and realities of aging within the United States society.
2. Understanding the aging population through personal experience and personal involvement.
3.  Including  faith and learning task through learning the conceptual perspective that aging is part of God’s plan for his creation.

The Aging Simulation is a transformative experience because students see through a social justice lens how the aging population experiences life and how they are treated by the general population. Aging is more than just confronting and adjusting to the effects of loss. Frames of reference for students expand as they learned empathy, strength, and resilience-based approaches.  This activity echoes George Hein’s supposition that tranformative learning occurs when the mind is engaged in experiences of “cognitive uncertainty” that challenge previously held beliefs in environments that are structured yet open enough for real discovery and exploration. To keep the formal learning materials in an online portal proved a challenge because our current eLearning platform called OpenClass will be retired at the end of this school year.

While in Singapore our cadre had seen Coursemology demonstrated by Lawrence Loo Kang during our visit to the Singapore Teachers’ Academy.

I inquired about using it to create our Aging Simulation material in a course and received approval. 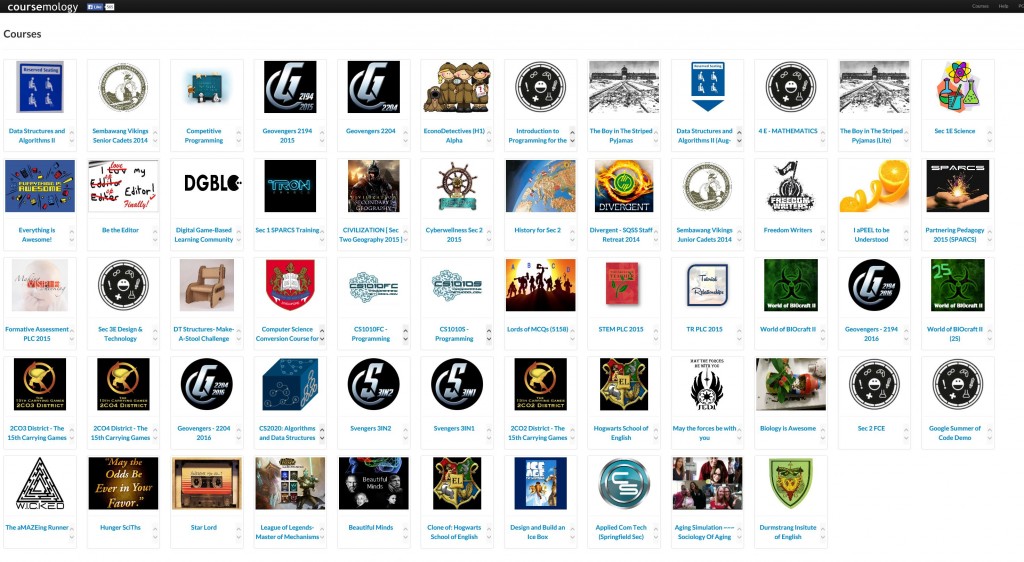