A new feature here on Tech Tricks: Favorite acronyms from SMS language, or Translexical Phonological Abbreviation to be long. SMS is a type of language (some say dialect) found in text messaging, internet chat, social media, and even casual speech. It uses abbreviations similar to that used in sending telegraphs and morse code. What distinguishes it as a dialect is that it is popping up in spoken conversations as a sort of abbreviate speech pattern.This follows from how

Etymology: 1979 –early SMS permitted only 160 characters and some carriers charge messages by the number of characters sent

Used in Sentence:
TBH, the best way to get to Denver from Dallas is to avoid walking and take a flight.

Antonyms: listen to me,

See more of my favorite Acronyms

Google “World Laughter Day” to find an event near you.

In the classroom either prior to World Laughter Day, have a little fun with the comics section of your favorite print or online newspaper. Ask a caricaturist to speak to your class and draw a few caricatures. Watch a few minutes of “Who’s On First” by Abbott and Costello or TCM Carson Moments, or classic comedians such as Carol Burnett, Bob Newhart, and Johnny Carson.

Do not read, as children do, to amuse yourself, or like the ambitious, for the purpose of instruction. No, read in order to live. ~Gustave Flaubert

Having just finished a hurdle of papers, papers, and more papers, these two quotes from Henry Watson Fowler hit home. Fowler was one of the original curators, before curating became cool. Fowler was the author of The Concise Oxford Dictionary of Current English and I am nerdy enough to list Fowler as one of my ideal dinner guests. (I came by the nerd life through lineage not choice).

The Concise Oxford Dictionary waits patiently at this link for online reference and, will help, with editing as well, thanks to the scribes at archive.org.
https://archive.org/details/con00ciseoxforddicfowlrich
But not for me…This week, I will be writing nothing more than my name in the sand…

Union ($1.99) by Pixite LLC is the latest photography app from the makers of Tangent and Fragment. If you’re a fan of superimposing images on top of other images, then Union was made for you. Learn more at this post 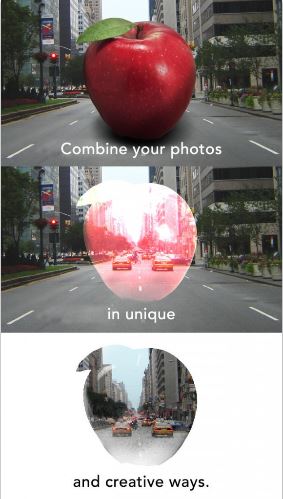 Peer Reviewed Journal for the Internet

Here is how the First Monday website describes its mission:

First Monday is one of the first openly accessible, peer–reviewed journals on the Internet, solely devoted to the Internet. Since its start in May 1996, First Monday has published 1,361 papers in 215 issues, written by 1,850 different authors. In addition, 12 special issues have appeared. The most recent special issue was entitled “Waves, Bits and Bricks: Media and The Social Production of Urban Space’” edited by Matteo Tarantino and Simone Tosoni. First Monday is indexed in Communication Abstracts, Computer & Communications Security Abstracts, DoIS, eGranary Digital Library, INSPEC, Information Science & Technology Abstracts, LISA, MLA International Bibliography, PAIS, SciVerse Scopus, and other services. First Monday’s ISSN is 1396-0466.

If one changes the tools of thinking available to a child, his mind will have a radically different structure. ~Lev Vygotsky, Mind in Society

Relaunch of the 1st website—ever!

As the song by Cher promises, “If I could turn back time…”

Well, now you and I can turn back time to see the rebirth of the fist ever website on the newly launched 1993 world wide web, first proposed by British physicist Tim Berners-Lee in 1989, while he worked at CERN. The initial world wide web was a simple way for physicists in universities, institutes around the world to share information over the internet via linked documents.

In a startling definition of time, this article describes the 1st website re-launch:

The re-launch of the ancient website marks the 20th anniversary of the publication of a CERN statement on April 30, 1993, making world wide web technology — including web server software, a basic browser and a library of code —  available on a royalty-free basis.

…But take a look anyway at the first ever website anyway!  http://info.cern.ch/hypertext/WWW/TheProject.html