To Kill A Mockingbird Turns 54 today

Happy Birthday #54 to the Pulitzer prize winning novel,  To Kill A Mockingbird by Harper Lee published on this day in 1960. 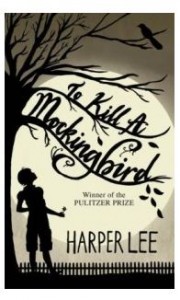 Garrison Keillor assessed the impact of To Kill A Mockingbird, “The novel has sold more than 30 million copies since it was published, and has been translated into 40 languages. In 1999, librarians named it their favorite 20th-century novel. It was also one of the most frequently challenged or banned books of the 20th century.”

To Kill A Mockingbird is finally available in eBook form.
After years of holding out, author Harper Lee agreed to the book’s digital publication back in April. The e-book and a new audio book narrated by Sissy Spacek (can you say, “perfect choice”?) Amazon is selling the title for $3.99 in the Kindle Store. Barnes & Noble has it for $8.99 in the Nook Store. Apple has the iBook available for $4.99. Source: GalleyCat